Go back to website
Oh no! Something went wrong. Looks like we have to try again. But, we can do this!
Tips
– Published on
March 30, 2022

One thing that causes food waste in stores is to always keep the shelves fully stocked. A lot of food retailers overstock to create a sense of abundance. People generally don’t like the last item on the shelf. “What’s wrong with this one if it’s not been taken yet?”

The magic of mirrors

Newer shelves and fridges have great functions for this, like the ones that push the products forward when you take one out. A more classic trick in the book is the mirrors. From the very first time humans saw their reflections in a puddle and thought it was magic, we´ve recognised the power the mirror image provides. Mirrors are common in fruit and vegetable departments to make it look fully stocked and bigger.

In late 2021, parts of the world suffered from food scarcity due to staff shortages and rough weather conditions all over the supply chains. Grocery stores desperately tried to cover up the empty shelves with cardboard impersonating the missing items. This move was quite mocked on twitter and such but if you think about it out of a food waste perspective it’s actually not so dumb. In Sweden, Stora Coop Visby together with Too good to go, started using pictures of bread in their bread shelves so that it looks fully stacked even if it wasn't. The bread illusion is an initiative among many that the store takes to reduce their waste. Clearly, this decoy move can be received in different ways, so it might be a good idea to also communicate WHY you are doing it so the customer doesn't end up feeling bamboozled.

Tesco have the fake asparagus out this morning pic.twitter.com/QokEJGs81W

Mirrors and illusions aside, what else can you do to avoid those empty shelves? A method ICA Kvantum Bäckebol often uses is to turn the shelf into an inspirational area instead of over ordering one product. Let’s say that you only have a few chickens left, and it starts to look a bit sad and empty. Think about what other products you want to sell and make a combo. Put the taco spices next to the chickens. Add some limes and avocados and boom, a great inspo for a delicious dinner instead of an empty shelf or a full shelf that can be at risk of becoming food waste. 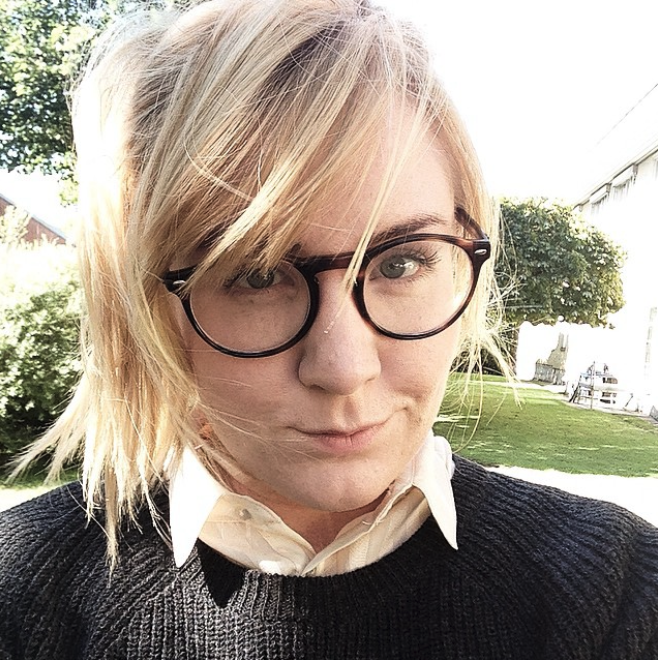 Fia Sjöström
Content Creator & Marketing specialist
How do you get started with Whywaste's digital date checking?
It’s Veganuary and plant-based food is having a moment
4 tips to help reduce food waste this Christmas
Who provides the "Most Impactful Food Waste Solution" according to retailers? We do!
Will we see more retailers promoting their soon-to-expire goods?
Bokashi - A Japanese way of composting
Top 5 wasted foods - and how you can make the most out of them
How your stores can save 17% on markdowns with Dynamic pricing
Own product lines to boost profit margins and prevent out-of-stocks
How inflation is shaping grocery shopping
We’ve launched a new website!
International day of awareness of food loss and waste
Is Tiktok the place to be for grocery chains?
Press release: Swedish food tech company Whywaste wins Shark Reef Startup Pitch in Las Vegas
Press release: SPAR signs international partnership agreement with Whywaste
Find Martin and get a free pilot!
5 reasons to digitise your date checking routine
4 tech things used in grocery retail
Landfills, what are they?
Food safety compliance. Sounds boring but it’s also really really important
Food waste news - Spring 2022
Digital date checking - How does it work and why should you use it?
5 ways to keep your food fresh at home
Food waste - A luxury we can’t afford
Dynamic pricing - The right price at the right time
Press release: Asda fights food waste with Whywaste
Hard to keep up with the jargon in food retail?
Tips on how to nudge your customers to reduce food waste
Sweden’s Overshoot Day just came and went. What does that mean?
Reduce food waste with clever illusions and creative merchandising
Let’s shine a light on dark stores
Surging food prices caused by Covid-19, extreme weather and Russia’s invasion on Ukraine
Scrapping use by dates in favour of best before dates to save milk from becoming waste
5 tips on how you can reduce food waste in your store
Whywaste and Coop Sweden enter central agreement to reduce waste from Deli counters
Whywaste Up 31 Places on the FoodTech 500 list
Whywaste part of International Webinar on Food Waste in Brazil
5 Good News Stories you may have missed
ICA Supermarket Saltsjöbaden saved more than 10 000 products in less than a year
Your weekly dose of good news
The Founders of Whywaste
Whywaste Team 2020
Improving sustainability in retail
How to make your food go further
Efficiency in Uncertainty
Coop Leksand wins waste prize at White Guide Green
Winners of the SACC New York-Deloitte Green Award
Environmental sustainability in Almedalen
Lecture about sustainability at Chalmers University of Technology and University of Gothenburg
Environmentally conscious investors support Whywaste in the fight against food waste
Say hello to a new member of our family - The Sustainability screen