Go back to website
Oh no! Something went wrong. Looks like we have to try again. But, we can do this!
Story
– Published on
November 24, 2022

Bokashi - A Japanese way of composting

No matter how diligent you are there will always be a little food waste and there is only so much carrot top pesto you can endure. Do you know what happens to yours? Landfills in some countries maybe? Sometimes the waste is refined to another usable source such as biofuel… or? 🤔

A newfound love for gardening

I grew up in the countryside where traditional composting of our food and garden waste was the only way, but calling it waste feels wrong because it became nutrients for the vegetables my mom grew. At that time, gardening was not a interest of mine. But now a few decades later I find myself living in the city, and it’s a bit of an irony that I suddenly got really into gardening.

When you live in a city, traditional composting isn’t really an option due to regulations. In Sweden, our waste is collected to make biofuel instead. It didn’t feel right that my food waste was transported to a plant, and I still had to drive somewhere else to buy fertilizers like bagged cow manure for my plants. Was there any way that I could compost my own food waste in a way that is practical when living in a small apartment and then use it on my allotment?

I turned to social media and the answer almost in unison was: Try the Bokashi method!! It sounded simple enough to try, I just needed an airtight container and some bokashi bran, which was easy for me to find online. And just after filling that first container I was convinced that this is THE method for my lifestyle. It is as easy just as chopping the waste into chunks, put it in the container, sprinkle some bran over it, and close the lid tightly. Repeat until the container is full. You can put almost anything in it: veggie scraps, bits of animal protein, those smelly shrimp shells. Some things will just take longer to break down. The contents should then cure for about two weeks until it’s ready for use. So what IS Bokashi really? It’s might not be factually correct to call it a composting method, but the goal is the same as with traditional aerobic composting, turning waste into humus, the food for vegetables. Bokashi is an anaerobic process, hence the need for an airtight container, that with a special mixture of microbes makes the contents ferment, much like when you are making sauerkraut or kombucha. The mixture is added to e.g. wheat, to be more easily used by us as a Bokashi bran.

The story of what we today call THE Bokashi method started by accident in the 1980-ies by professor Terou Higa. The method of fermenting waste was in itself nothing new, but during his research, on the usage of microorganisms instead of chemicals in agriculture, he happened to mix some of his samples before throwing them out on a patch of grass. A short while later he saw that where he had poured it the grass was more lush and healthy. He realized that a mixture of microbes might be beneficial and this lead him to research different combinations resulting in the optimal mixture of lactic acid bacteria, photosynthesis bacteria and yeast, which now is called EM, or Effective Microorganisms.

SO what to do when the container is full? It’s about time to discover the magic! It’s actually two-fold because you get the bokashi itself but also the liquid that drains from it. This you can water down and use as a liquid fertilizer. And boy can it be filled with nutrients, that first season my spinach leaves that usually were the size of my thumb now covered my whole palm. I was floored. Vegetables on steroids for sure. I got special buckets with drainage taps so I could harvest the liquid more easily at any stage of the process. The content of the bucket will, if the process worked as it should, look like nothing happened to it, just a little bit dryer and bleeker maybe. It should have a distinct sour smell, not rotten. That scent is an acquired taste for sure, but not unpleasant unless you have a problem with odors in general.

Pour the content into the hole or ditch you want to sow in, make sure to cover it with soil completely, to make sure that is animal-proof, because dogs, magpies and rodents alike LOVE the smell of bokashi. I’ve opted to use it in my tomato containers on the balcony, and on my allotment I have a rodent-proof container where I mix it with soil and move it onto the garden beds once I see that the process is complete. As soon as it meets the soil the microbes in the bokashi will start to work with those already there, and other dilapidators like worms will show up in droves. You’ll not be able to see anything of this of course, it’ll happen under the surface. But 4-6 weeks later when you dig there you probably will find … nothing … but a lot of worms! Maybe some eggshells, bone, avocado peels and pits, those that break down really slow in any case. But everything else is just gone and you are left with a nutrient-rich humus that plants absolutely love. What we’ve also done now is sink that carbon into the soil, which otherwise could have escaped into our atmosphere as methane, from a traditional compost or a landfill. With the reality of climate change, we need to reduce those greenhouse gases, and this is a tangible way for me to feel I make a difference, however little.

So, the answer to  “…or?” is for me personally the magic of bokashi and I really think you should try it if you have somewhere to get it in the dirt. Maybe you don’t have your own garden but a friend that can put it to good use? Bokashi is as good as gold for us and maybe you get some veggies in return as a thank you. If you want to know some more about The Bokashi Method here is a link to a good guide. 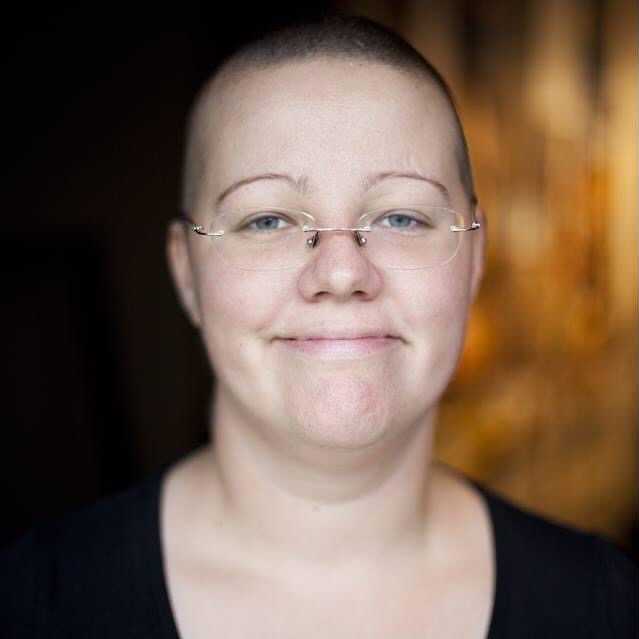 Kajsa Melén
Customer support & Gardening geek
How do you get started with Whywaste's digital date checking?
It’s Veganuary and plant-based food is having a moment
4 tips to help reduce food waste this Christmas
Who provides the "Most Impactful Food Waste Solution" according to retailers? We do!
Will we see more retailers promoting their soon-to-expire goods?
Bokashi - A Japanese way of composting
Top 5 wasted foods - and how you can make the most out of them
How your stores can save 17% on markdowns with Dynamic pricing
Own product lines to boost profit margins and prevent out-of-stocks
How inflation is shaping grocery shopping
We’ve launched a new website!
International day of awareness of food loss and waste
Is Tiktok the place to be for grocery chains?
Press release: Swedish food tech company Whywaste wins Shark Reef Startup Pitch in Las Vegas
Press release: SPAR signs international partnership agreement with Whywaste
Find Martin and get a free pilot!
5 reasons to digitise your date checking routine
4 tech things used in grocery retail
Landfills, what are they?
Food safety compliance. Sounds boring but it’s also really really important
Food waste news - Spring 2022
Digital date checking - How does it work and why should you use it?
5 ways to keep your food fresh at home
Food waste - A luxury we can’t afford
Dynamic pricing - The right price at the right time
Press release: Asda fights food waste with Whywaste
Hard to keep up with the jargon in food retail?
Tips on how to nudge your customers to reduce food waste
Sweden’s Overshoot Day just came and went. What does that mean?
Reduce food waste with clever illusions and creative merchandising
Let’s shine a light on dark stores
Surging food prices caused by Covid-19, extreme weather and Russia’s invasion on Ukraine
Scrapping use by dates in favour of best before dates to save milk from becoming waste
5 tips on how you can reduce food waste in your store
Whywaste and Coop Sweden enter central agreement to reduce waste from Deli counters
Whywaste Up 31 Places on the FoodTech 500 list
Whywaste part of International Webinar on Food Waste in Brazil
5 Good News Stories you may have missed
ICA Supermarket Saltsjöbaden saved more than 10 000 products in less than a year
Your weekly dose of good news
The Founders of Whywaste
Whywaste Team 2020
Improving sustainability in retail
How to make your food go further
Efficiency in Uncertainty
Coop Leksand wins waste prize at White Guide Green
Winners of the SACC New York-Deloitte Green Award
Environmental sustainability in Almedalen
Lecture about sustainability at Chalmers University of Technology and University of Gothenburg
Environmentally conscious investors support Whywaste in the fight against food waste
Say hello to a new member of our family - The Sustainability screen